7 hazards of driving in Italy

My wife and I recently spent a week driving a hire car around Tuscany in a hire car. If you’re thinking of driving in Italy, bear in mind the following.

Some – particularly the motorways are good – but many others are not. Potholes and uneven surfaces abound, especially through towns, on secondary roads. It goes without saying that roads in mountainous areas are often very steep with tight corners and can lack adequate crash barriers.

Get used to having no idea what direction they’re going to take at the next roundabout. They are also impatient, tending to get very close to your rear bumper and to cut in fairly tight when overtaking.

For locals, this probably doesn’t matter so much but it does make it more difficult to work out your location using a map.

Unlike in Britain, blue signs are used on ordinary roads; motorway signage is in green.

5. Autostrade stress for the unwary

Motorways are mostly tolled; you can expect to pay in the region of €1 per 10 km. As a holiday traveller, you must avoid getting into any lanes at the tollbooths reserved for drivers using the Autopass express payment system. If you can’t use it, you will quickly create a queue of irate local motorists behind you before somebody comes to rescue you!

Dual-carriageways are quite extensive; there’s one between Pisa and Florence grandly titled the Strada Grande Communicazione Firenze-Pisa-Livorno – but otherwise known, even on road signs, as the FiPiLi, and another between Florence and Siena called the FiSi. Since they are free, they tend to be more congested than motorways. Carriageways are narrower and bend more sharply than in England; junction exits also tend to be quite short, so you often need to brake quite sharply when leaving the carriageway and, if you suffer the misfortune of trying to join it during a rush hour, you might find yourself taking your life into your hands by entering the stream of traffic from a standing start – or waiting a long time for a gap in the traffic.

Speed limits are lower than in the UK – typically 90km/h or about 55mph – on dual carriageways. Cameras signs are frequent; actual cameras less so. I suspect road patrols set up checks periodically at known blackspots.

Italian landscapes are often utterly beautiful, so braving all of the above is worth it to enjoy the freedom to get off the beaten track and stop at will. It’s just a pity that there aren’t laybys next to every gorgeous vista! 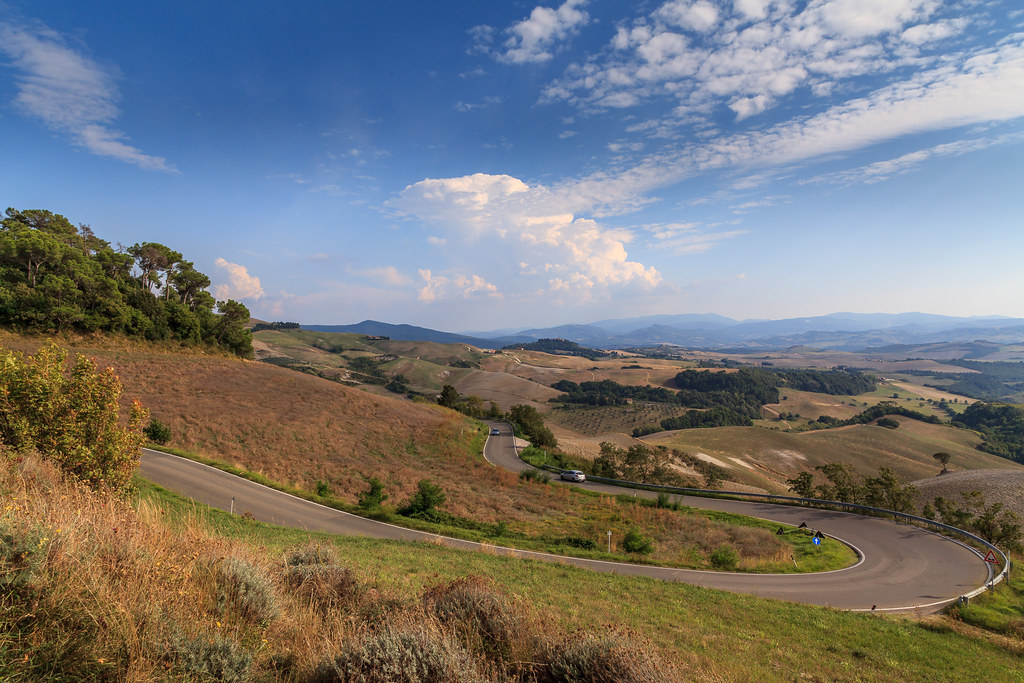 Feel free to share any cautionary tales from your driving experiences in Italy in the Comments below.