On Sunday I was blessed with idea conditions for shooting long-exposure shots on Southampton Water: no wind, still water and clear skies. A little more cloud in the background would have been good, but you can’t have everything.

Better still, the tide was out as far as it would go. This was pure chance but meant I could walk out further than I ever thought possible, whilst keeping a careful eye on what the water was doing. I checked the tide times later and found that my visit had coincided exactly with low tide.

I was there to photograph Cunard liners . They were in Southampton for a day before the start of their 120-day 2016 world cruises. Queen Elizabeth is heading south and east to Australia and the Far East via St. Helena and South Africa, returning via India and the Suez Canal: 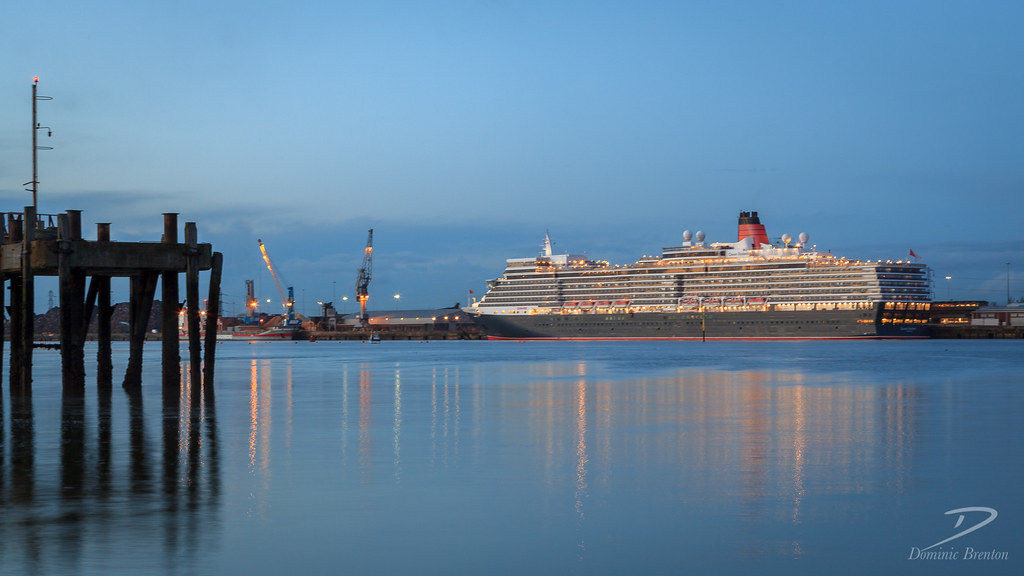 This shot isn’t quite as sharp as I hoped. It was a four-second exposure at F18 to turn lights into starbursts but, with hindsight, the sand on which I placed my tripod was a little on the soft side.

Next I set my sights on Queen Victoria. She is heading west around the world via New York, the Panama Canal and New Zealand, returning via Australia, Vietnam and South Africa. Moving back a few feet onto firmer ground, my images were tack-sharp. I was pleased to be able to include shingle in the foreground to give a sense of scale: 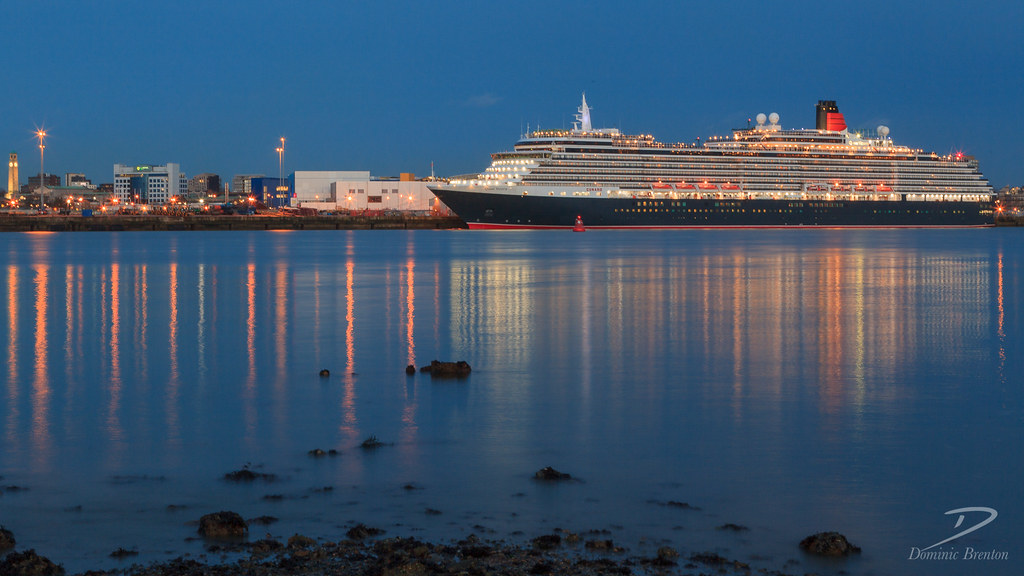 On the far left of the shot is the clock tower of Southamton’s Art Deco Civic Centre. Here’s a close up: 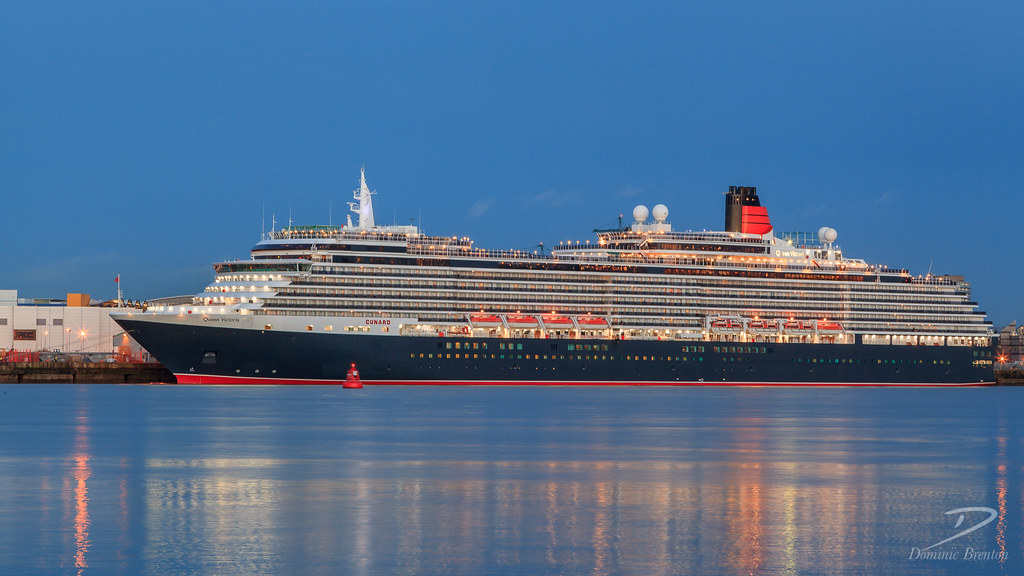 With their red, white and black livery, Cunard Liners always look the most aristocratic of the cruise lines.

Finally, Queen Mary 2 was shortly to set sail on her first global circumnavigation since 2009. She’s sailing via New York, Cape Horn, Easter Island, New Zealand and Australia to the Far East and India, returning to Southampton via the Suez Canal. The quayside partly hid her from view, but all the buildings and yachts give a good sense of scale: 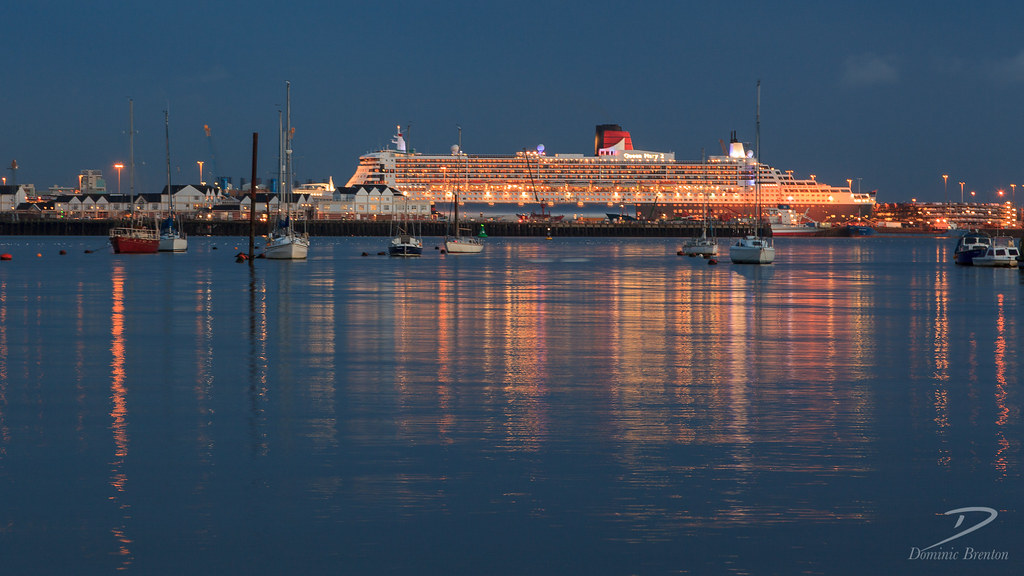 Unfortunately, I couldn’t stay for the traditional fireworks that mark their departure but, as a previous post of mine shows, they look spectacular!