A few days ago, in the aftermath of the great storm that swept away the sea wall at Dawlish and left the rails of the London to Plymouth flapping around like cord on a washing line, I called for this single point of failure to be eliminated by reopening the old Southern Railway line between Plymouth and Okehampton as an additional rail route across Devon. It was a refrain that was swiftly taken up by Petroc Trelawny in the Telegraph and featured  in press and television coverage.

In the light of the billions that HS2 is likely to cost – anywhere between 40 and 70 (think of a number and then double it?) – here are five other more modest projects that could deliver a higher rate of return.

1. Upgrade the rest of the old Southern main line

To the east of Exeter, the old Southern Railway is still in service, albeit largely as a single-track stopping service for most of the distance to Salisbury. With most of the Cotswold line now having been re-doubled, this is now the only main line out of London that peters out into a single track for half of its length. 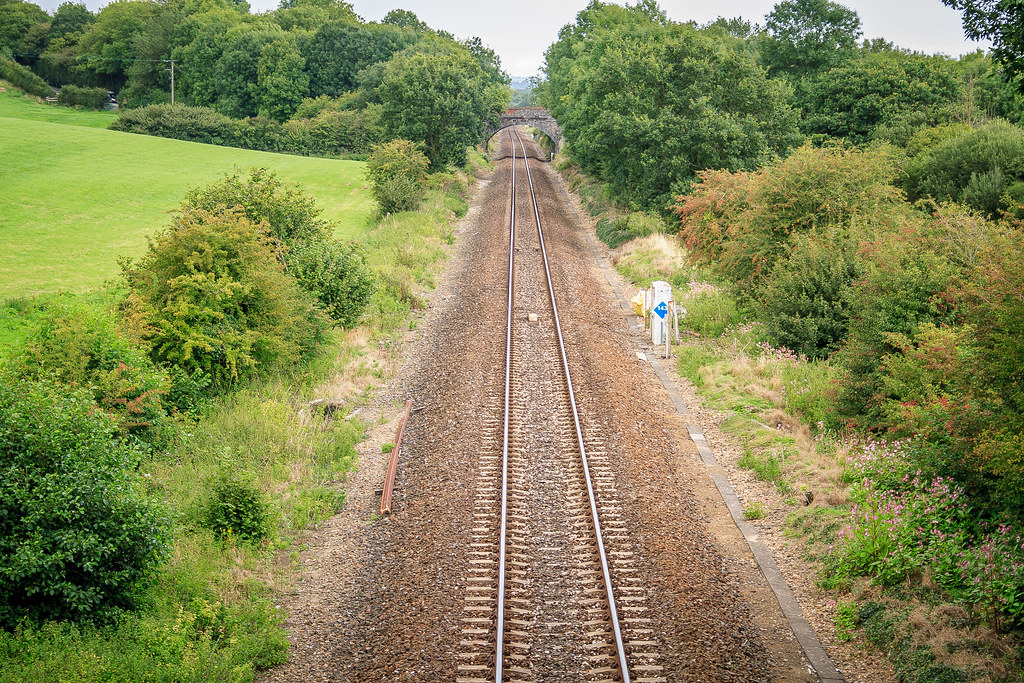 Reinstating the second track for all of its length and bringing back the second platform at Yeovil Junction to service would enable South West Trains, the current franchise holder, to run a mixture of express and local services between London Waterloo and Exeter (and perhaps even Plymouth once more, in the longer term). Proper competition with First Great Western would encourage both companies to improve their services further.

Acronyms are much in vogue among rail scheme supporters nowadays, it seems. By contrast with the Waterloo route to Wessex and beyond, the London Victoria to Brighton line is four track for much of its length. Even so, being such a busy commuter line, it runs at nearly full capacity for much of the time and features one particular pinch-point, the 37-arch Balcombe Viaduct, a marvel of Victorian engineering that crosses the Ouse Valley. This is only double track and a much more utilitarian modern concrete viaduct next to it would be a real eyesore.

Yet there is an alternative that would involve relaying only a few miles of empty trackbed between Lewes and Uckfield, as well as re-dualling the line north of Uckfield. This BML2 proposal would not just increase capacity in this busy travel corridor but could also, its supporters claim, provide connections through to Canary Wharf, Stratford International and Stansted Airport in the longer term.

Moving on from acronyms to alliteration, reopening this line would restore the direct connection from London’s St. Pancras terminus, also used by Eurostar high-speed continental services, to Manchester. Relaying some 15 miles of track would add capacity into Manchester from the Midland main line, which probably has more spare capacity than the line from Euston, as well as strengthening rail links into the Peak District – an area very popular with walkers and tourists.

A feasibility study carried out in 2004 concluded that the business case was for reopening the line in the period to 2011 was not very strong but improved over the longer term. On this basis, I hope the local authorities in the area keep the trackbed intact and continue to support Peak Rail, the group that is now operating and extending a heritage railway over the southern section of the route.

To the north of Leeds is another missing link. Severing it in the late 1960s cut a direct route from the city to the north-east of England as well as removing the city of Ripon – gateway to Wensleydale – from the rail network. The alternative, via York, takes the traveller around two sides of quite a large triangle.

Lack of freight capacity on the West Coast main line is often cited as a reason for building HS2. That being the case, the more cost effective response would be to reopen part of the old Great Central line from its current southern terminus at Aylesbury to Leicester, with the emphasis on freight traffic. There is, for example, a large and expanding road/rail freight interchange terminal at Daventry, near Rugby, where a connection could also be established to the West Coast main line.

Serious proposals were put forward to reinstate this line during the 1990s – a parliamentary bill was even introduced – but the idea failed to gain traction. With about 70 miles of track to re-lay and most of the earthworks still in place, the cost of this scheme could well be less than a quarter of the cost of the HS2.

Political enthusiasm for the has shown that there is at least appetite for spending money on the railways. The five projects I have suggested would deliver greater capacity for passengers and freight in places where it is really needed – and cost a lot less than a high-speed grand projet.

Now over to you. Should these projects be pursued? Which other rail schemes would you like to see? Should we just spend the money on road schemes or broadband networks instead?

By contrast, one voice on Twitter argued that the North will rot without the infrastructure of HS2, which could cut travel times to London to less than two hours.

Thanks to a recent post by Christian Wolmar, HS2 is the wrong scheme in the wrong place, I commend HIGHSPEEDUK to you. Published by a pair of experienced railway engineers, this proposal sets out a useful alternative model to HS2. In short, they envisage not merely a high-speed line but a network that, through connecting services and routing high-speed trains along conventional lines for part of their journey, would spread the benefits throughout the country. This is how it works in France and Germany; I can only hope that the government takes their proposals seriously.

Thank you to everybody for your comments and suggestions: do keep them coming.